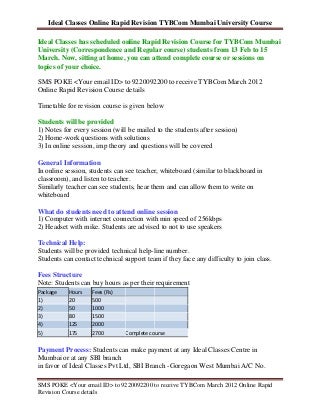 Since December 2017, deeply aggrieved Iranian citizens have publicly denounced two blatantly linked injustices perpetrated by corrupt ayatollah regime: the clerical dictatorship’s hideous corruption and Iran’s acute economic deterioration. Iran’s Islamic revolutionary dictatorship is really a research study in repeated failure, incompetence, corruption and mass murder. I estimate that since 1990, I’ve written over two dozen essays examining the failed Iranian regime’s murderous Islamic global revolution, the mass domestic Iranian disappointment with all the regime’s governance plus the Iranian public’s evident disgust with governmental corruption. The web documents my claim. If the mainstream media sources didn’t notice Iran’s domestic discord, henceforth treat their reports with appropriate circumspection. The conflict between Iran as well as the U.S. Gen. Qassem Soleimani’s eradication — a euphemism for his death within an ugly covert war he insistently waged and lost. However, Soleimani’s demise, which, in and of itself, is really a strategic benefit for peace-loving humans in the Philippines to Venezuela, begins some jaw-dropping events that expose the ayatollah regime’s deep evils and hideous incompetence.

The December 2017 protests persisted into spring 2018. They waxed and waned but always returned. In November 2019, protests returned using a vengeance. Regime security forces killed around 1,500 Iranians who had the gall to protest a fuel price increase. An operational hint the ayatollah regime thinks has strategic resonance: If domestic turmoil threatens the regime, the regime tells its terrorist proxies to attack America. In late December 2019, regime proxies attacked Americans in Iraq and assaulted the U.S. Baghdad. The assault intentionally mimicked 1979’s assault around the U.S. Tehran. Both assaults were attacks on sovereign U.S. Soleimani directed the 2019 attack and was likely mixed up in 1979 attack. Iran’s 2019/2020 information-warfare angle is not any coincidence. Soleimani and his boss, the Islamic Republic of Iran Supreme Leader Ayatollah Ali Khamenei, had a domestic propaganda message. Portraying the U.S. as weak in December 2019 echoed U.S. 1979. An Iranian domestic message: We ayatollah thugs are mighty, and that means you proles better submit!

There’s no debate on these facts: Iran confronts high unemployment and an economy in tatters. The ayatollahs blame American sanctions. Iranian citizens? They blame regime corruption. The regime is corrupt but additionally incompetent. On Jan. 8, an Iranian missile destroyed Ukraine International Airlines Flight 752 and killed 176 people. Video along with other electronic data obtained by Western intelligence and released to various media confirmed that two missiles (yes, two) hit the plane. A missile site beneath the command with the Iranian Republican Guard Corps, or IRGC, fired the missiles. Though cameras and cellphones recorded the horror, the ayatollah dictatorship initially denied responsibility to the downing and attributed the slaughter to “mechanical malfunction.” Was that the phrase in Persian (Farsi)? Uncertain — however the ayatollah regime lied, I’m certain of that. The Iranian folks have taken care of immediately the lie and incompetence and mass murder with splendid ferocity.

Voice of America News reports that rather than chanting, “Death to America,” Iranians in Tehran chant: “You’re tyrants. Don’t give us a call seditioners.” Based on the Radio Free Europe/Radio Liberty Persian language broadcast unit, Radio Farda, on Jan. 13, protesters in Isfahan Industrial University chanted, “Execution and imprisonment no more scare us.” Radio Free Europe/Radio Liberty is funded from the U.S. Radio Free Europe is certainly not just a Cold War relic. Protestors in Tehran and western Iran have already been heard chanting, “Death for the dictator,” meaning Ayatollah Khamenei. He could be the IRGC’s mob boss. A Twitter online video shows protestors in Tehran chanting: “They’re lying our enemy is America. Our enemy is the following.” Wire services report major protests across Iran in Tehran, Shiraz, Isfahan, Hamedan and Orumiyeh. Even Fars, the dictatorship’s “fake news” agency, has already established to report that a huge selection of demonstrators have chanted anti-regime slogans. Well, two prominent regime television propagandists have publicly resigned.